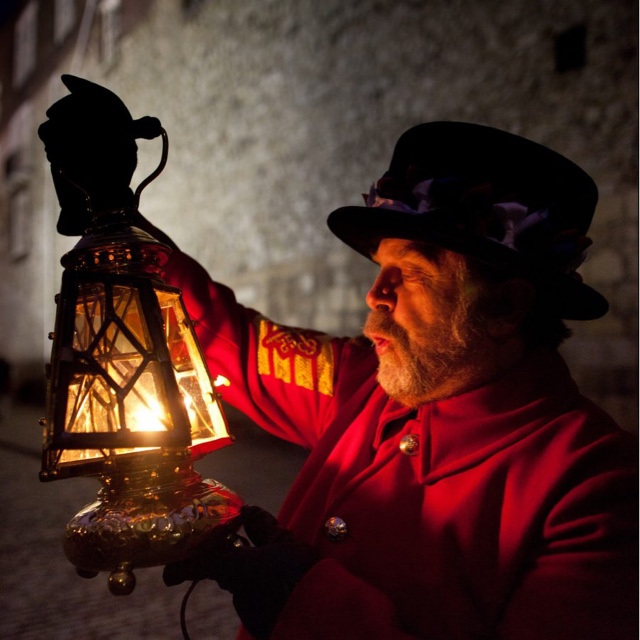 Watch the Ceremony of the Keys

For nearly 700 years, this nightly military ritual of locking the gates to secure the Crown Jewels has been performed by guards at the Tower of London. This ceremony lasts about 35 minutes. The only time this ceremony has been disrupted was during World War II.
On December 29, 1940, a bomb fell on the tower and one of the guards was blown off his feet during the ceremony. He arose from the ground and the ceremony continued, although a bit delayed.