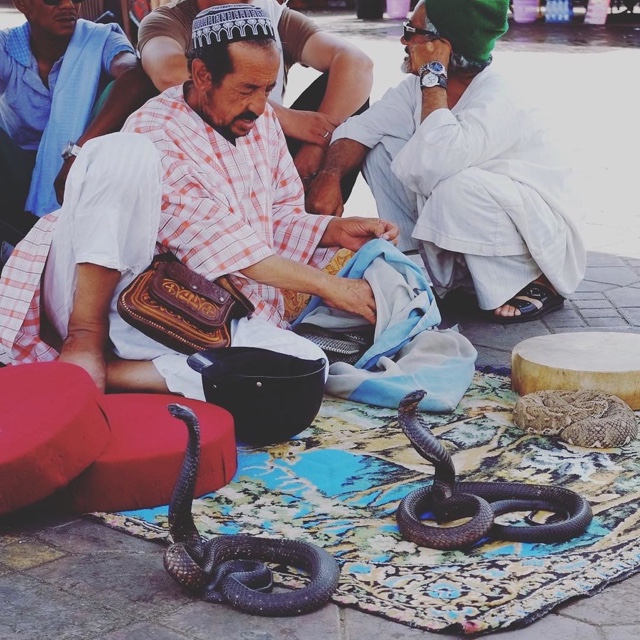 Once considered the magicians and healers of Ancient Egypt and India, snake charmers learned to handle these venomous vipers by snake charming. This is the practice of appearing to hypnotize a snake, usually a cobra, by playing a flute-like instrument called a pungi. The sound of music seems to hypnotise and lure the snake into an erect pose. The snakes stand upright because they are feeling threatened and they are poised to attack. The snake charmer usually sits out of biting range of the snake and some charmers even remove the snake’s fangs or sew the snake’s mouth shut. Snake charming is usually a family business and the charmers have been around snakes while growing up and have learned how to handle snakes from their fathers. You can usually find snake charmers in marketplaces and areas that attract lots of tourists.