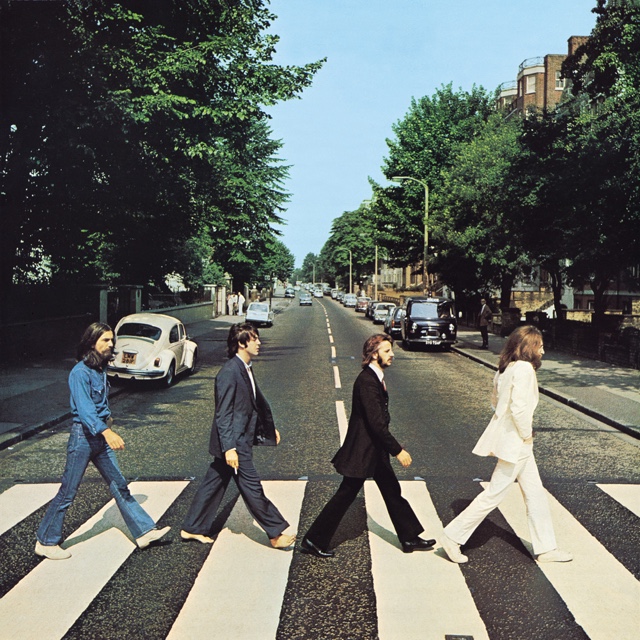 Abbey Road is a thoroughfare in the borough of Camden and the City of Westminster in London. This road is best known for the Abbey Road Studios and the 1969 album, Abbey Road, by The Beatles.
Abbey Road was the eleventh studio album by the English rock band, the Beatles. It was released on September 26, 1969 by Apple Records. The recording sessions for this album were the last in which all four Beatles participated.
The photo for the Abbey Road album was taken at 11:30 a.m. on the morning of August 8, 1969 outside of Abbey Road Studios on Abbey Road. The photographer was only given ten minutes to take the photo while he stood on a step-ladder as policemen stopped traffic on Abbey Road.
Originally, the Beatles planned to take a private airplane over the foothills of Mount Everest to shoot the cover photograph for their album. But, in an effort to finish the album sooner, Paul McCartney suggested they go outside, take the photo there and name the album after the street.