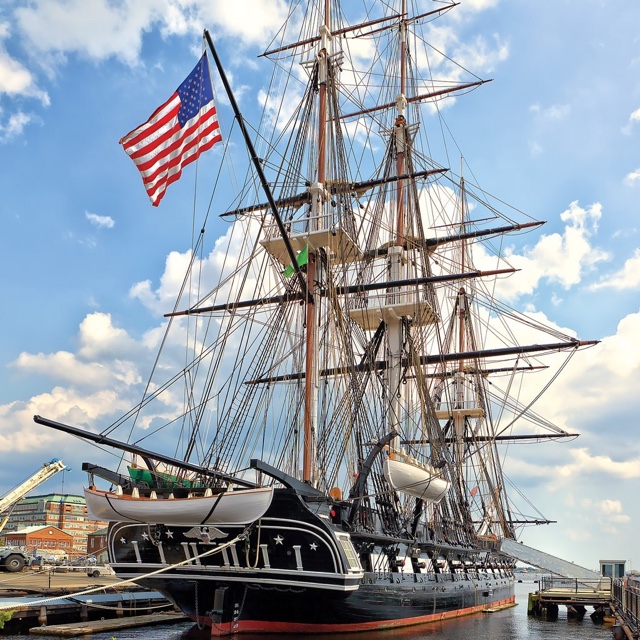 Explore one of the first ships commissioned by the United States Navy and named by President George Washington. Launched in 1797, she was nicknamed “Old Ironsides” during the War of 1812 when cannonballs from a British ship bounced off the sides of the ship. This warship is the world’s oldest, commissioned vessels still afloat. Discover what life was like for sailors on the seas as you interact with Navy officers and their crew who operate the U.S.S. Constitution as a historical site.