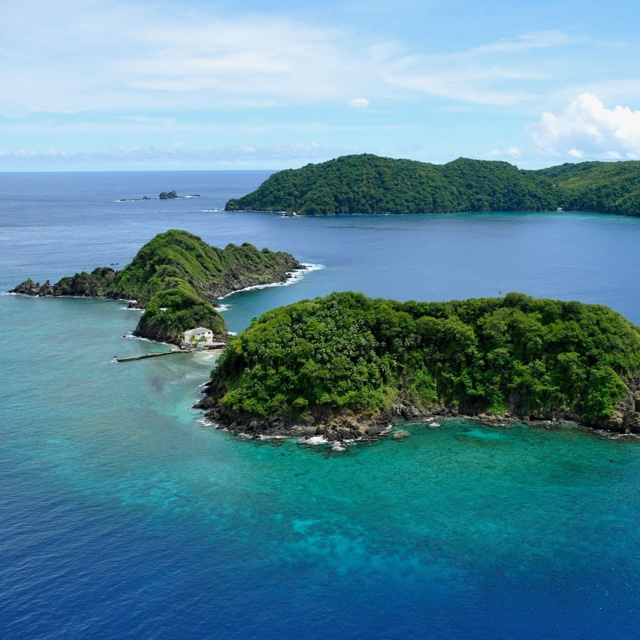 The most easterly point of the T&T republic, the two-square-kilometre outcrop of Little Tobagohas been known as “Bird of Paradise Island” since the beginning of the twentieth century, when it was bought by keen ornithologist Sir William Ingram, who in 1909 transported 24 greater birds of paradise (Paradisaea apoda) from Aru island in New Guinea and installed them in the island, though they slowly died out thanks to hurricanes and hunters. When Sir William died in 1924, his heirs gave Little Tobago back to the government on the condition that it receive protected status. It has remained a bird sanctuary ever since, uninhabited except for one of the Caribbean’s largest sea-bird colonies, which includes impressive flocks of frigate birds, boobies, terns and the spectacular red-billed tropic bird.

You’ll also hear the crows and clucks of feral cocks and chickens brought here by the now-departed resident caretaker, who was unable to round up his private flock before leaving the island. Most people visit the island as part of a glass-bottom boat tour, but birdwatchers can also arrange specialist tours with the island’s eco-oriented tour companies. There are no facilities on Little Tobago, so bring water and snacks with you.

All the boats dock at a small beach facing the mainland, from where you get beautiful views of Speyside and Pigeon Peak above, one of Tobago’s highest points at 576m. Just up from the dock, the THA have built a handsome wooden structure slated to hold a museum at some distant point in the future. Beyond here, several trails cut during the island’s brief spell as a cotton plantation thread into interior and up to a gazebo offering gorgeous views of the island’s rocky coastline and the nesting grounds of the red-billed tropic bird.