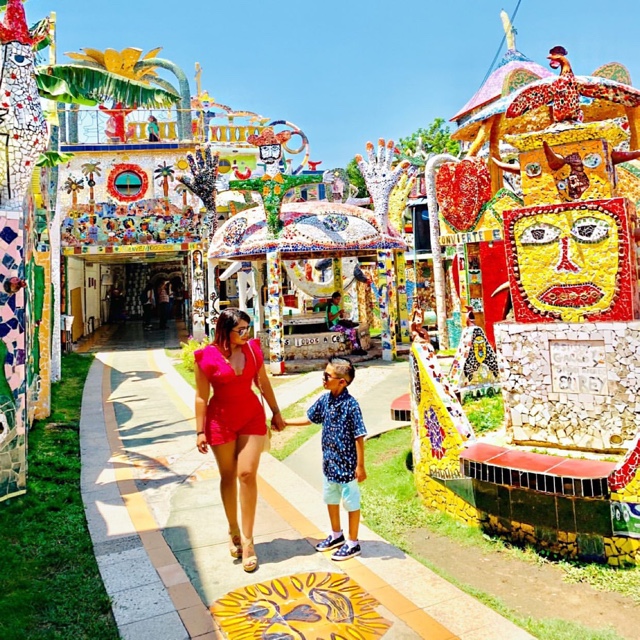 When renowned Cuban artist José Fuster came back from a tour of European galleries, he decided to recreate the public art of Gaudi in Barcelona and Brâncu? When he moved to Cuba he bought a small house in the village of Jaimanitas near Havana and decorated it with intricate, colorful mosaics. Then, he then began decorating neighbors’ houses, bus stops, doctors’ offices, fountains, gateways and benches.

After a decade, his village grew into a whimsical fantasy world that brings tourists by busloads to this once poor village. The village became known as Fusterlandia, and many other villagers became inspired to express themselves through colorful tiles, creating a never-ending, constantly changing art gallery that delights everyone who visits.