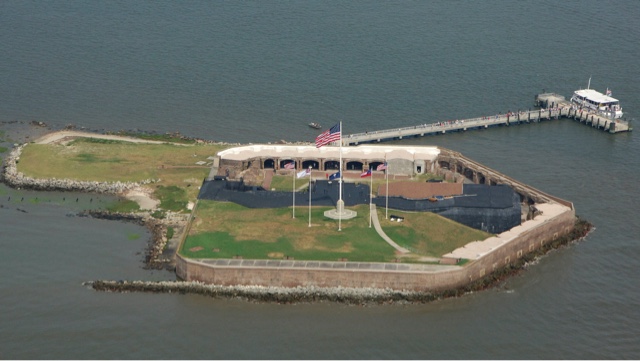 On April 12, 1861 at 4:30 a.m., the Confederate forces fired the first shots of the American Civil War at Fort Sumter in Charleston Bay. From 1861 to 1865, this war was fought between the Northern and the Southern states. This man-made island was built from thousands of tons of granite rocks dumped into Charleston Harbor. The island was built to protect the city from pirates and the British.

During the first battle at Fort Sumter, no soldiers were actually killed. Ironically, two days later as Union soldiers were lowering the American flag and honoring it with a 100 gun salute, one of the cannons misfired causing an explosion that killed two soldiers.