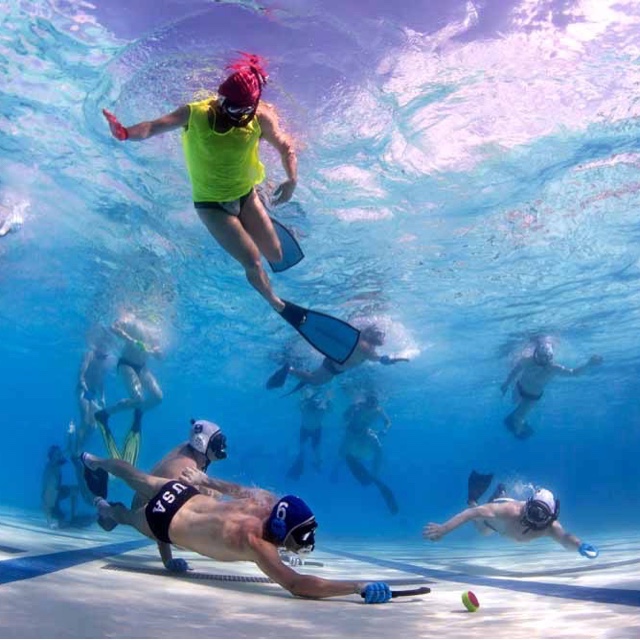 Canadians love hockey. It has been officially declared as the national winter sport of Canada. The first indoor game was played on March 3, 1875. They play it in the streets, on basketball courts, frozen ponds and arenas. Now, they have taken it to a new level...underwater hockey in a pool. This is a game of persistence, skill, timing and fitness. It was developed in 1954 to improve the diving skills of scuba divers. Vancouver has become the hub for underwater hockey and they have even hosted the Canadian Underwater Hockey Championships.
Two teams compete against each other for two, fifteen minute halves. While snorkelling underwater, each player uses a twelve inch stick to hit, push, pass or flick a three pound puck on the floor of the pool to score in the opposing team’s goal.