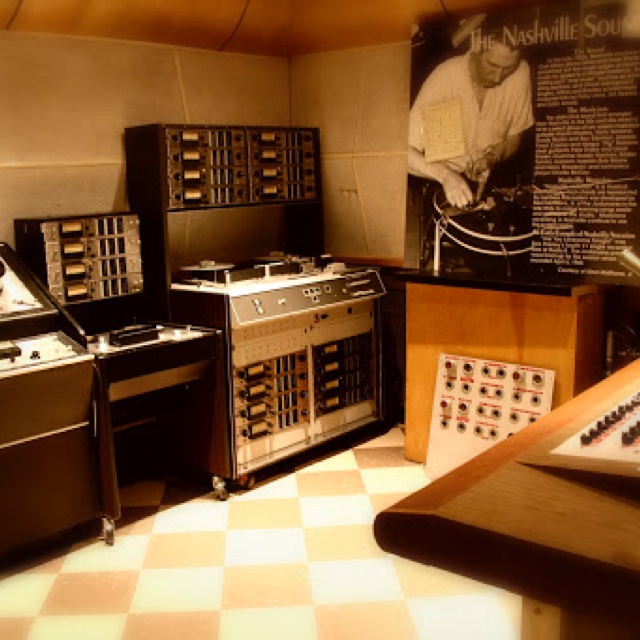 RCA Studio B was once the center of music in Nashville. Built in 1957 by Dan Maddox, RCA Studio B was a recording studio that recorded popular music megastars such as Elvis Presley, Dolly Parton, and the Everly Brothers. The studio not only helped countless stars shoot to fame, but also put Nashville on the map as an international recording center.
This famous studio is where Elvis recorded 200+ of his hit tunes, including one of his Christmas albums. However, since he was recording his Christmas album in the summer, he asked the staff to hang up Christmas lights and decorations to help get him in the Christmas spirit. Those lights are still up and can be seen on a tour of the studio. Today, this historic studio is a popular, cultural attraction where visitors can take a step back in time and learn about the vital role the studio played in the evolution of Nashville into Music City.