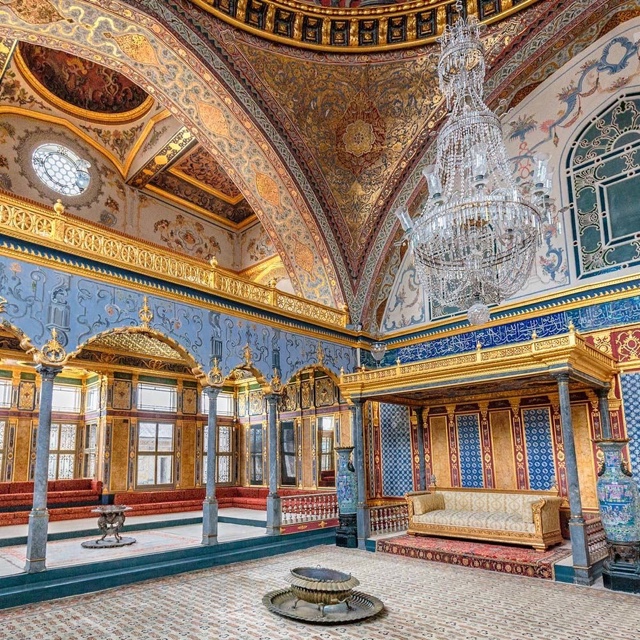 This palace takes you into the fantastical, opulent world of the sultans. It was from here that the sultans of the Ottoman Era carved out an empire that would extend up into Europe and down through the Middle East and into Africa.Once the main residence and the governing center of the Ottoman sultans, this historic palace is the oldest and largest in the world. About 5,000 people lived there including as many as 300 women in the sultan’s harem. The Topkapi Palace was converted into a museum where you can see some rare treasures including an original, world map created just after Columbus’ expeditions and an 86 carat diamond set in silver and surrounded by 49 diamonds, known as the crown jewel.