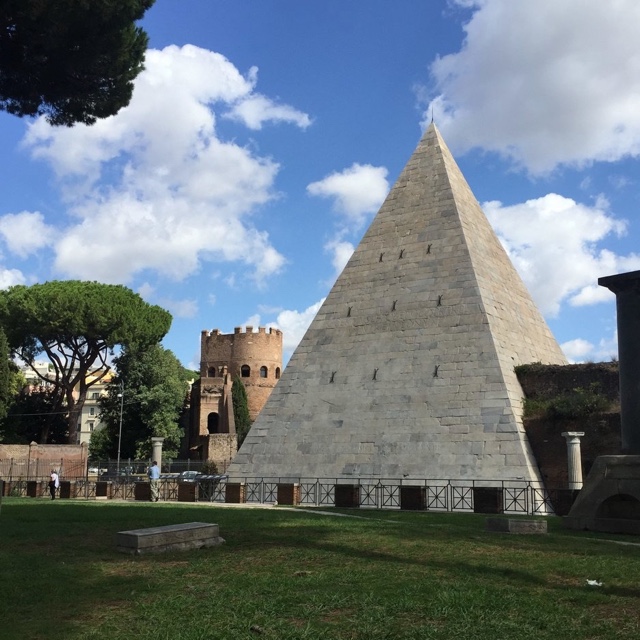 The Pyramid of Cestius

In the center of Rome, you will discover a 2,000 year old pyramid built as a burial tomb for a wealthy Roman, Gaius Cestius, It is 120 feet tall and was made of brick and cement covered with white marble and is the only pyramid in Europe. Originally, the interior was elaborately decorated but the tomb was ransacked centuries ago and little is known about the man who was buried here or the treasures it once held. Visitors can view the burial chamber of the tomb during special tours that are available twice a month.