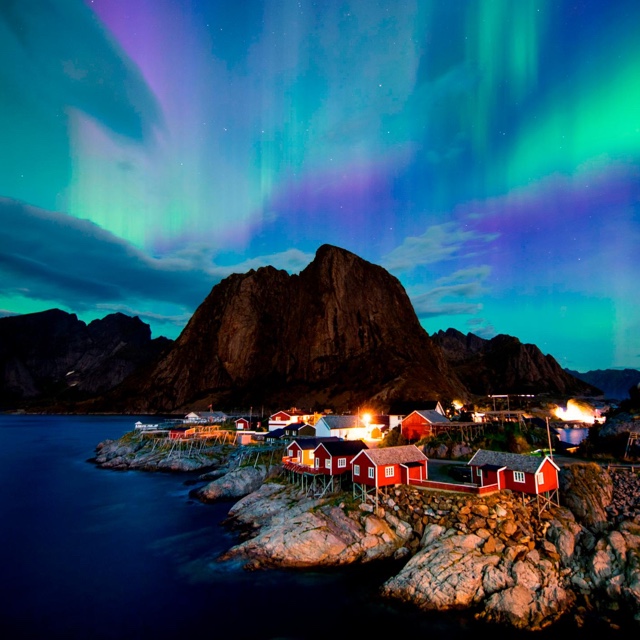 This natural light display in the Earth’s sky is seen in regions near the Arctic Circle and is also known as the Aurora Borealis or the Polar Lights.

Some of the earliest observations of this light show were recorded on clay tablets by Babylonian astronomers in 567 B.C. There have also been cave painting discoveries that are believed to represent the aurora.

The aurora is created when the Earth’s magnetic field interacts with charged particles emitted from the sun’s solar flares, creating bursts of light in a dazzling display of dancing colors that can last for hours and even days. Whatever your beliefs about the Northern Lights, viewing it from this location at the top of the world will be one of the highlights of your Icelandic vacation.