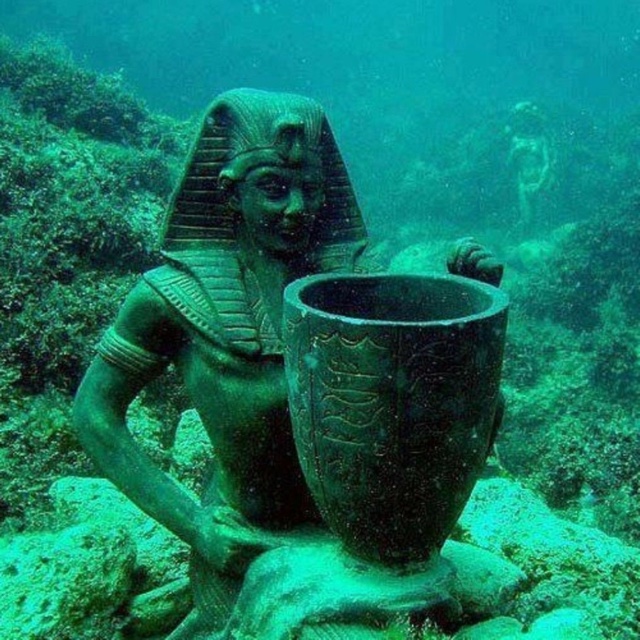 The Lost Ancient City of Heracleion

It was barely more than a legend, appearing in a few rare inscriptions and ancient texts, the city of Thonis-Heracleion was hidden away for thousands of years, submerged deep under the sea. Among the underwater ruins were 64 ships, 700 anchors, a treasure trove of gold coins, statues standing at 16 feet, and most notably the remains of a massive temple to the god Amun-Gereb, and the tiny sarcophagi for the animals that were brought there as offerings.
The ruins and artifacts made from granite and diorite are remarkably preserved, and give a glimpse into what was, 2300 years ago, one of the great port cities of the world.