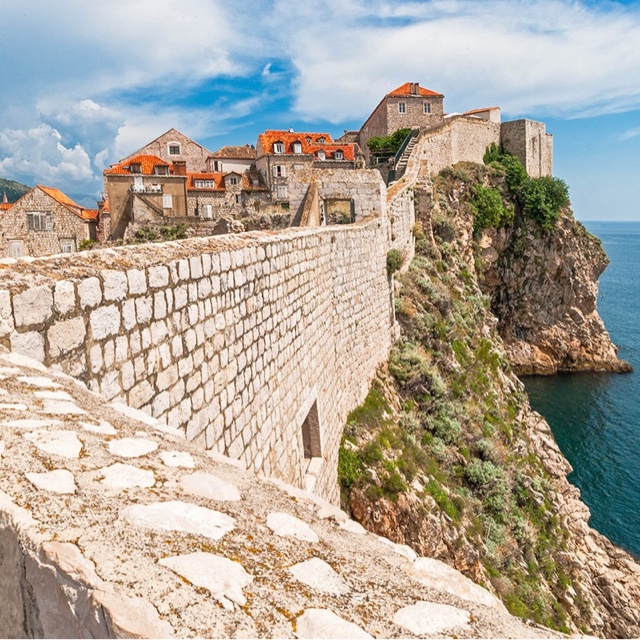 The highlight of your trip to Croatia will be the two hour walk along the magnificent stone walls that surround this historic, city center. Dubrovnik is one of the best preserved Medieval cities in Europe. Its ancient walls include a complex system of forts, bastians and towers that formed a powerful, medieval defense system. The fortification system was started in the 12th century with most of the existing system finished during the 14th and 15th centuries. From the towering heights of the walls you will see the spectacular sights of five monumental fortresses, the sparkling waters of the Adriatic Sea and the island of Lokrum.

If you are a Game of Thrones fan, Old Town Dubrovnik will seem very familiar to you. It was the main filming location for King’s Landing, a fictional city in the famous television series.