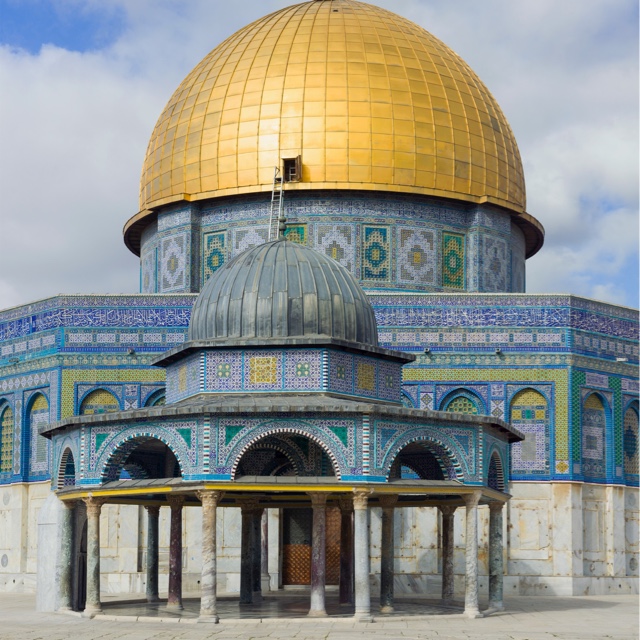 Temple Mount and Dome of the Rock

This is one of Jerusalem’s holiest sites for both the Islamic and Jewish faiths. The most prominent landmark on the Temple Mount is its golden dome. Its architecture is distinctly Islamic. It is believed that this is the spot where Muhammad prayed with Gabriel and is also thought to be the exact location of his ascension. Built in the late 7th Century, it is the oldest existing Islamic monument in the world. Over the years as the city has changed rulers, buildings were built over former temples and holy sites. Christians and Muslims in the Middle Ages believed the Temple Mount to be the site of the Temple of Solomon.