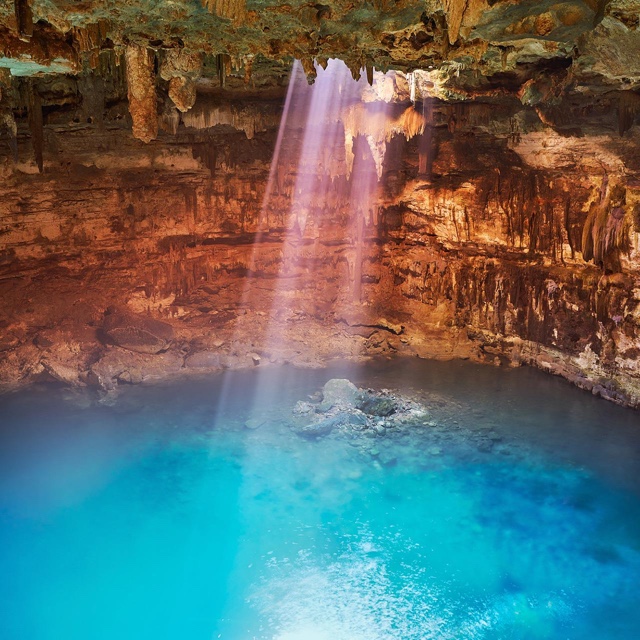 Swim in a Cenote

Mexico has nearly 7,000 naturally occurring cenotes, swimming holes, caves and underground rivers that are formed when limestone rock collapses. Most of these cenotes are found on the Yucatán Peninsula. You can snorkel, swim or dive to explore underwater formations and marine life that is part of these beautiful caves.
Cenote is a Mayan name meaning secret well. The Mayans believed the cenotes led to the afterlife and they would often drop important objects into them. Some legends also state the cenotes were used in Mayan, human sacrifice rituals.