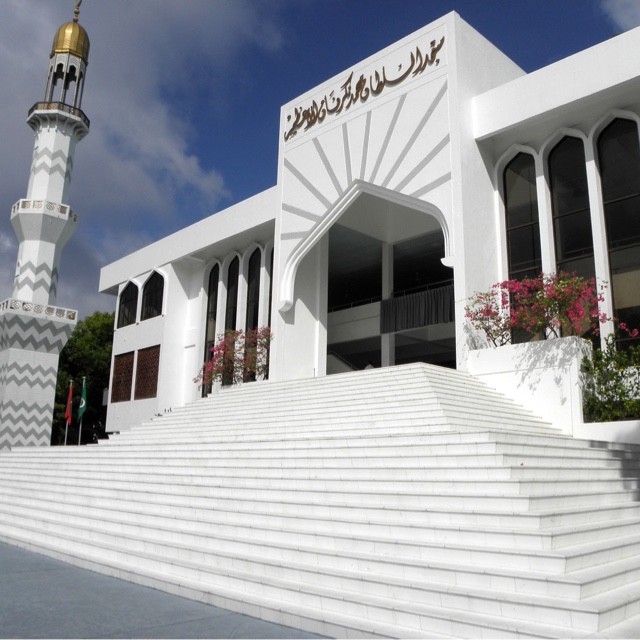 One of the area’s most visited attractions preserves the history, culture and patriotism of Maldives. This site was part of the 17th Century Maldivian Royal Palace and hundreds of items that directly belonged to the sultans are on display at this museum. Royal jewelry, coins, costumes, shoes, household wares, weaponry and ancient, stone objects are just some of the historical artifacts you will discover at this national heritage site. Museum highlights include a coral stone head of Buddha from the 11th century, a woven costume worn by a Sultan in the 13th century and the handwritten Quran carved on the building’s interior.
On the southern side of the museum is Sultan Park, one of the few public parks in Maldives due to the fact that only one percent of Maldives is land and the rest is water. A huge iron gate welcomes you to the green oasis filled with shade trees, flower-filled gardens, a fountain and a pond covered with water lilies.