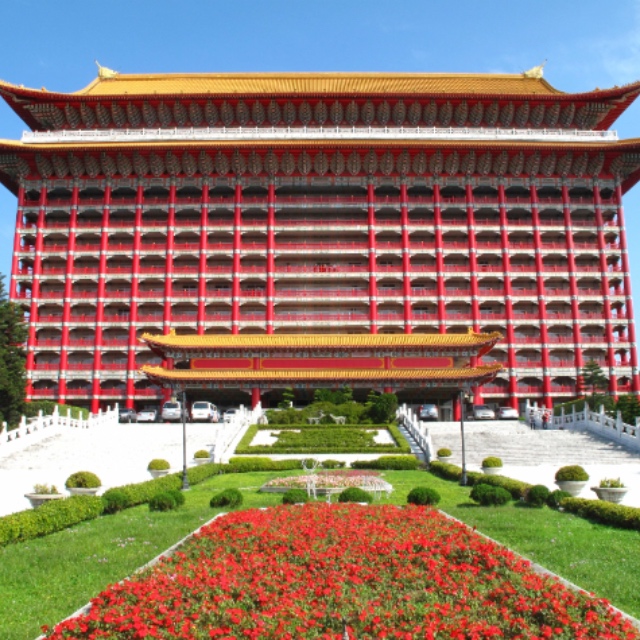 The Grand Hotel is one of Taipei’s most iconic hotels. Supported by red columns and with golden roof tiling, the Grand Hotel stands midway up Yuanshan, much like a majestic 14 story palace. Facing Keelung River and Yangming Mountain, the hotel has 500 rooms which offer a bird’s eye view of a bustling Taipei in the daytime and a serene city in the nighttime.
The Grand Hotel, structured through western construction methods, is decorated with elegant classical Chinese details. This fusion of East and West makes the hotel a fine expression of Chinese art upon a foundation of modern western architecture.
There were always rumors that The Grand Hotel had a secret escape route designed for the former president, Chiang Kai-shek. A fire and subsequent safety check at the hotel in 1995 not only revealed the existence of a secret escape route but also the fact that one tunnel had an escape slide.