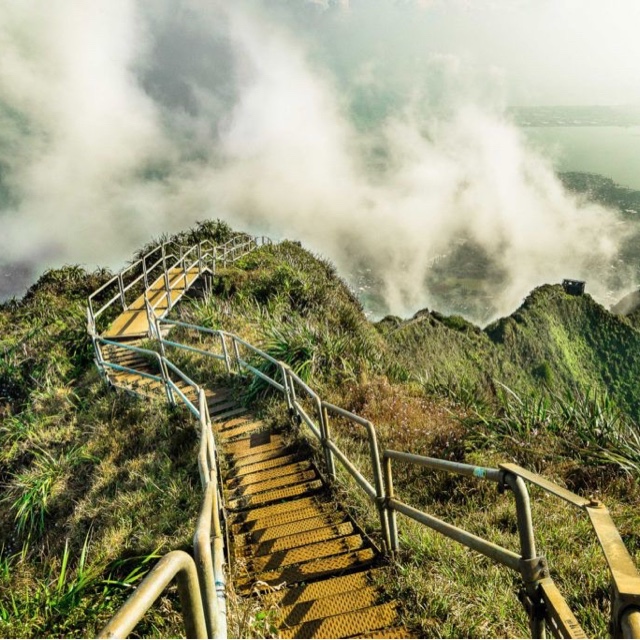 The Haiku Stairs, also known as the Stairway to Heaven or Haiku Ladder, is a steep hiking trail consisting of 3,922 stairs and leads to the summit of Puʻukeahiakahoe on the island of Oahu.
Originally, the stairs were built in the 1940s to install a Naval radio antenna. Today, the stairs attract adventurers but it is illegal to climb the stairs. Due to safety concerns, Honolulu has no plans to open the stairs for public use.