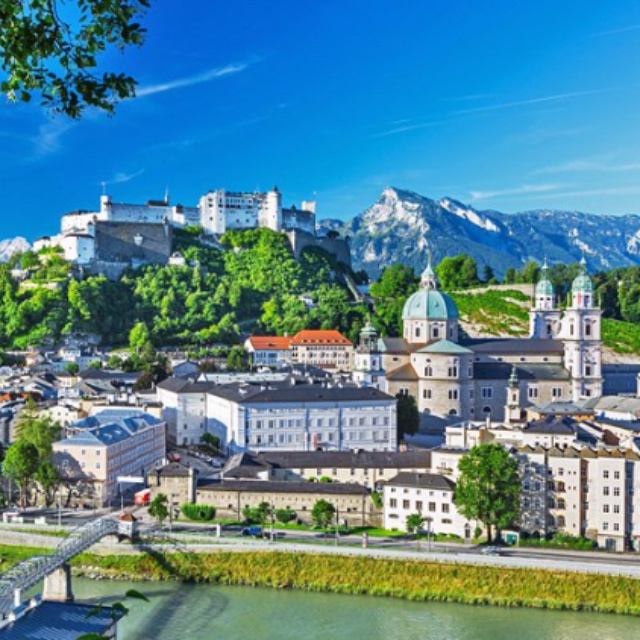 Sound of Music Tour in Salzburg

The historical part of the tour includes visiting the real locations from the life of Maria von Trapp and her family. Venture behind the scenes as you explore the original film locations where the Hollywood version of her life was filmed and became the most successful musical ever made. As you relive scenes from the movie and retrace the steps of the von Trapp family, you will also gain an appreciation for the architectural and historical landmarks of Salzburg and its surrounding Lake District. Lyrics from the soundtrack will play over and over in your mind as you “climb every mountain, ford every stream, follow every rainbow, til you find your dream”.