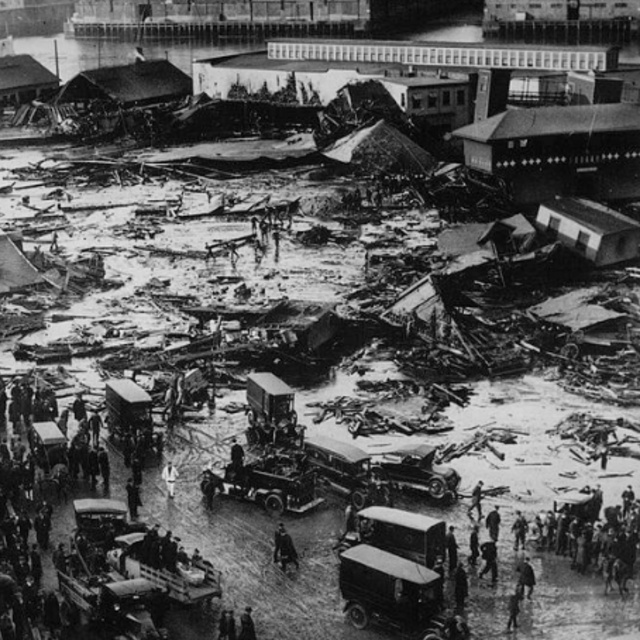 AT THE INTERSECTION OF COMMERCIAL Street and Copps Hill Terrace in Boston’s industrial North End is a curious historical site. Marked by a small, easily missed plaque is the location of a moment in Boston history that is without a doubt one of the oddest things to ever happen… anywhere. It is the site of one of the world’s strangest disasters: The Great Boston Molasses Flood.

At 12:45 in the afternoon on an unusually warm January 15th, 1919, Boston Police Patrolman Frank McManus shouted into his transmitter. He could barely believe the words that he was saying: “Send all available rescue vehicles and personnel immediately. There’s a wave of molasses coming down Commercial Street!”


A five-story-tall cylindrical metal tank, 90 feet in diameter, had burst. A two-story-tall wave containing 2.3 million gallons of molasses issued forth, traveling out in all directions like a shock-wave. The molasses spread across the city at an estimated 35 miles per hour. And it wasn’t just the sugary tidal wave that was so deadly; the tank was ripped into sharp projectiles and shot metal bolts from its sides like bullets.