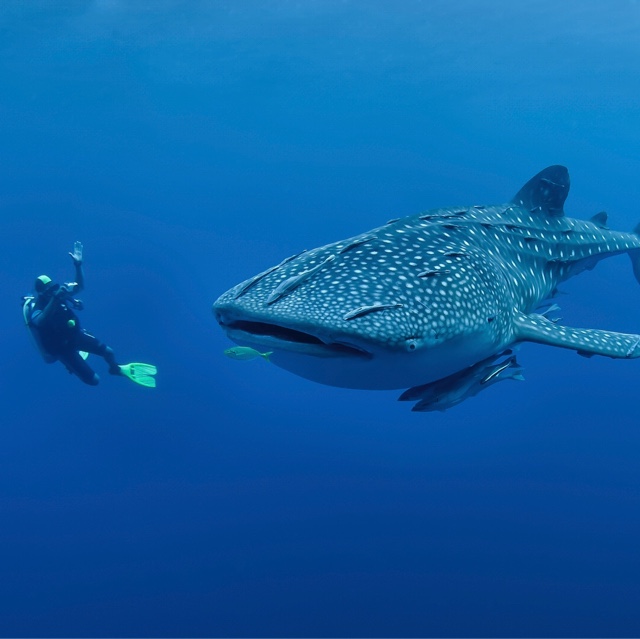 Only the most dedicated and adventurous people will be able to come home saying they have seen the Marine Big Five in one trip. The Maldives is one of the few places on earth where you can accomplish this impressive feat. Plan on spending most of your time in the water and doing several diving and snorkeling trips to see: whale sharks, sharks, dolphins, Manta Rays and Sea Turtles.
The world’s biggest fish, the Whale Shark, has made Maldives its home. One of the few destinations in the world where these magnificent creatures can be seen all through the year, adventure seekers can go diving with certified instructors and actually swim alongside a Whale Shark. Be carebul though touching the Whale Sharks is illegal even if they seem friendly and swim next to you.