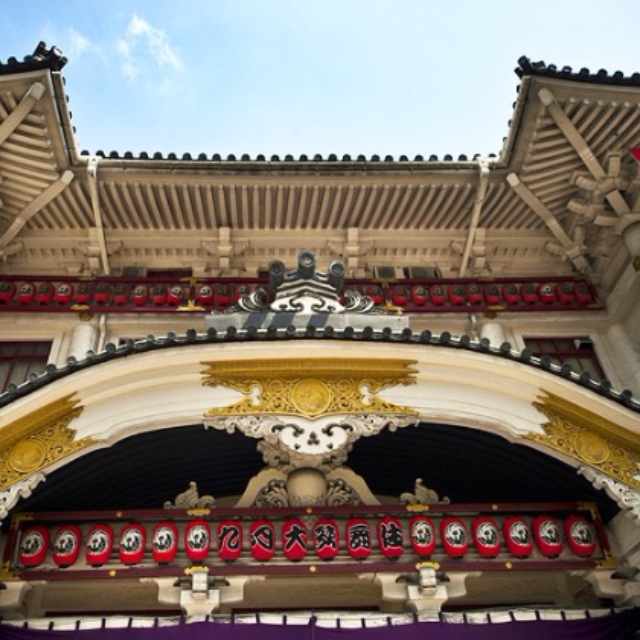 See a Show at the Kabukiza Theatre in Ginza

Have you ever wanted to heckle a stage performer? In kabuki theater, it is not only allowed, it is encouraged. During a performance, it is considered a show of respect for audience members to call out the actors’ stage names. This classical form of theater focuses on the drama of conflicting emotions in ordinary life. It combines classical Japanese music, mime, dance, drama, costume design and elaborate makeup.
Originally, women performed in this art of singing and dancing. Since this career didn’t pay a very good wage, most of the women performers also worked as prostitutes. Due to prostitution and frequent arguments and fights among audience members and actors, the government banned women from performing in kabuki theater in 1629. Adult men now play the female roles and the art of female impersonation was born. Men cast in female roles are chosen by their attractiveness. Kabuki has been named by UNESCO as a Masterpiece of Humanity and is considered a UNESCO treasure.