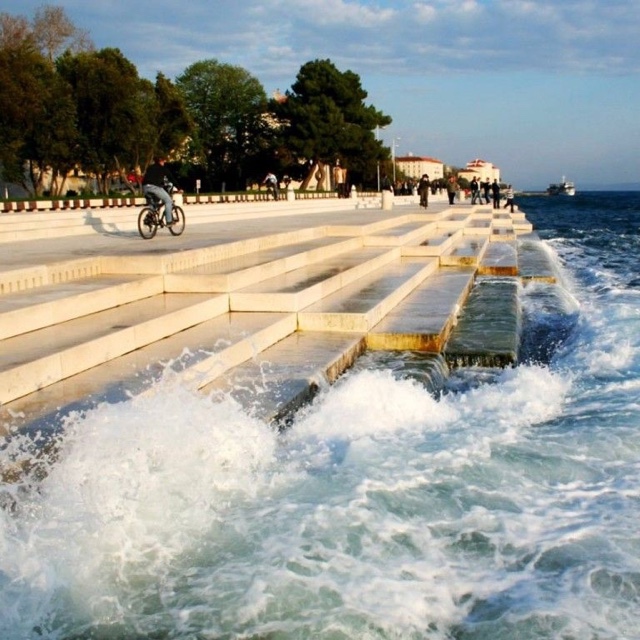 There is only one sea organ in the world and you will find it in Zadar. This one-of-a-kind, experimental instrument has a series of 35 pipes built underneath large, marble stairs along the waterfront walkway. Music comes from Mother Nature as rhythmic, ocean waves and wind create the harmonic sounds going through the tubes. Nikola Basic was the architect who designed this organ as a project to help revitalize this area from the destruction it suffered during World War II. Every note of the sea organ is unpredictable and has been compared to the melancholy sounds made by whales.