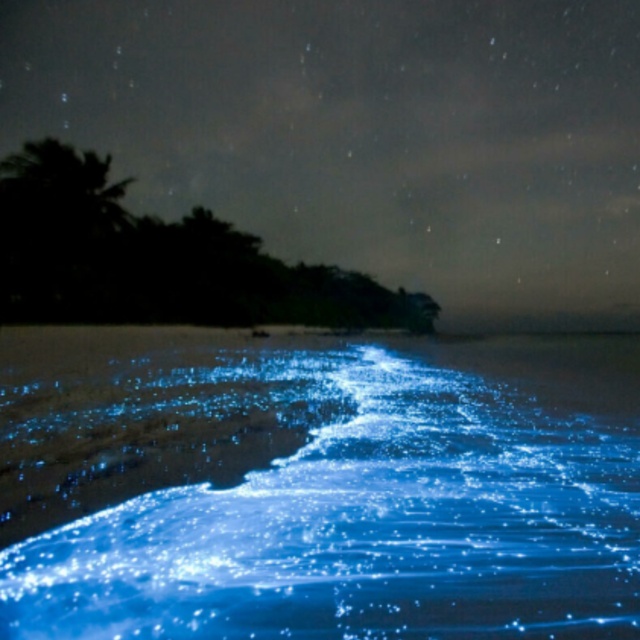 The magical glow of the waves and beaches is something you have to see to believe, making the Sea of Stars one of the most popular tourist destinations in the world. The best time to see this shimmering wonder of nature is from July to February and it’s especially spectacular during the new moon when the skies are darkest. Vaadhoo Island is the best place for viewing this bioluminescent phenomenon that results from a chemical reaction of the microorganisms in the water. These microorganisms are called phytoplankton. Their name comes from the Greek words meaning “plant drifters”. They give off a blue glow as a defense mechanism when they are disturbed.
For a romantic evening, stroll along the beach in the sparkling surf, creating a trail of light that looks as if the sea was full of stars.