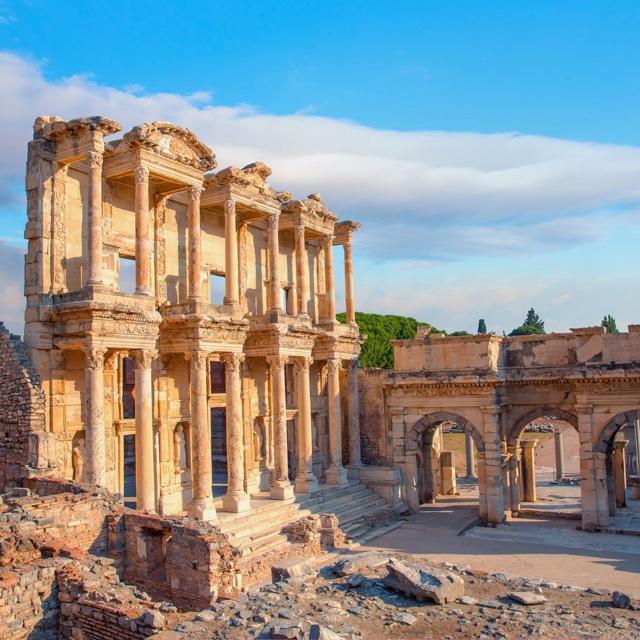 This seaport was the crossroads between the East and the West and was considered to be one of the most important trading centers in the Mediterranean. You can imagine yourself in the Golden Age of the Roman Empire amid some of the most well-preserved ruins in the world. Ephesus is also home to the Temple of Artemis, one of the Seven Wonders of the Ancient World. It was surprisingly advanced for its time. Their public restrooms were dozens of side by side holes in marble benches with a trough filled with water flowing near the user’s feet. Rich people were known to send their slaves to sit on the toilet stone to warm it up for their masters.