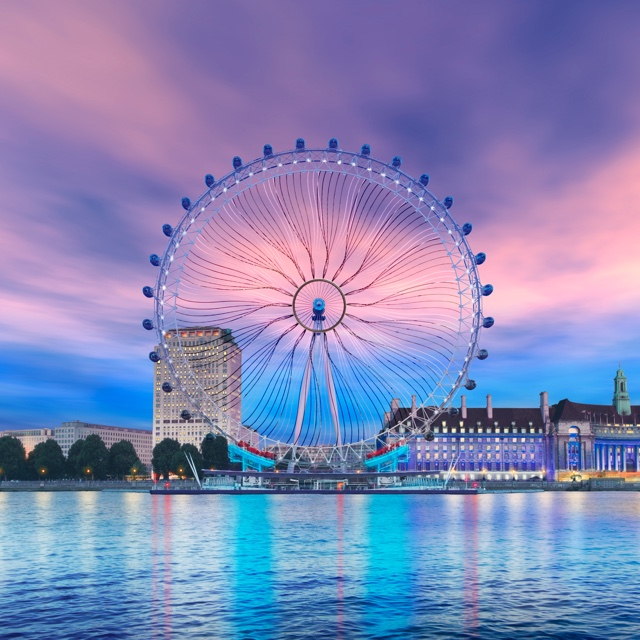 It may look like a giant Ferris wheel, but the London Eye is actually the world’s tallest, cantilevered observation wheel. It is located on the south bank of the River Thames and offers the highest, public viewing point in London.
There are 32 capsules representing each of London’s boroughs. They are numbered from 1 to 33 because the number 13 was left out for good luck. Each capsule holds 25 people and is designed to give a 360 degree viewing angle. A total of 800 people can ride the London Eye at one time.
On special occasions, it is lit up in different colors. Jessica Alba, an American actress, holds the record for her 31 trips on the London Eye.
The London Eye has become a symbol of London. It was build to celebrate the new millennium and was previously known as the Millennium Wheel.
The London Eye has more visitors per year than the Taj Mahal or the Great Pyramids of Giza.