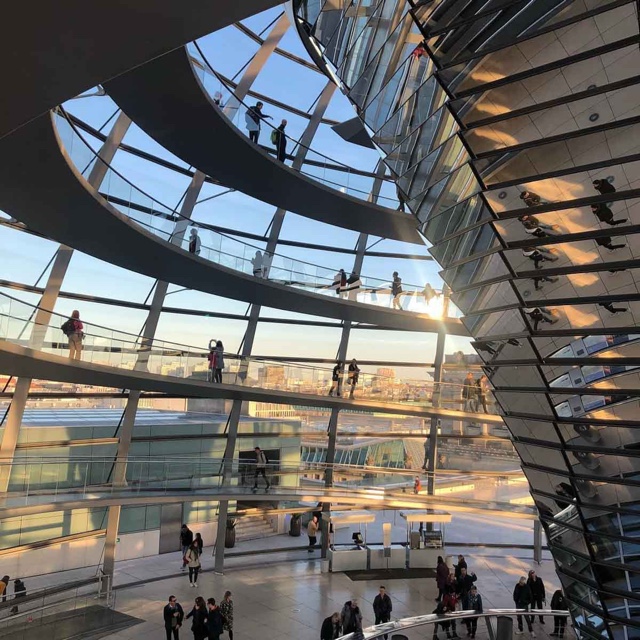 Reichstag’s Glass Dome from the Inside

Enjoy a 360 degree view of the Berlin cityscape from inside the city’s most prominent landmark. The seat of the German go is in the Reichstag building. You can actually see the main hall from inside the dome where the natural light goes through the dome and shines on the floor of parliament.
The original building opened in 1894 but it was set on fire in 1933 during a time of political unrest. The government reported that a Dutch communist started the fire but some people believed it was started by the German government so that Hitler could increase Nazi operations and decrease the civil liberties of the people of Germany. Further damage occurred to Reichstag from bombings during World War II and years of disuse. After the fall of the Berlin Wall, the building was extensively restored and renovated. The glass dome on the top was rebuilt as a symbol of the reunification of Germany.