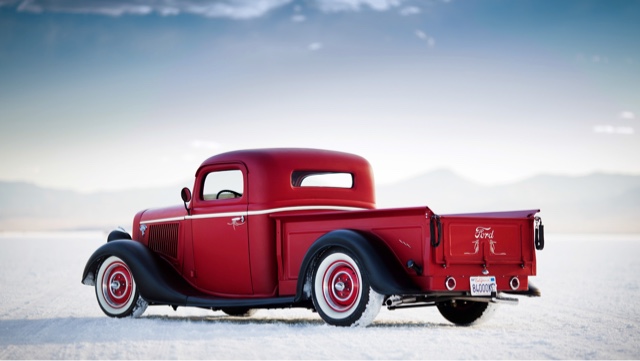 Race on the Bonneville Salt Flats

Welcome to Bonneville Salt Flats, a land of salt by a lake of salt and one of the fastest auto, truck and motorcycle race tracks in the world. Imagine a place so flat you seem to see the curvature of the planet, so barren not even the simplest life forms can exist. This 30,000 acre area of hard, white salt crust is on the western edge of the Great Salt Lake.

It is 12 miles long and 5 miles wide. At the center, the crust is about 5 feet thick and at the edges, the salt crust is less than one inch thick for a total salt crust volume of about 147 million tons of salt. About 90% of the salt flats is composed of table salt.
The ideal conditions for racing and breaking land speed records at the Bonneville Salt Flats has been going on since 1896. The Bonneville Salt Flats also hosts the annual World of Speed, the only land speed racing event in the United States. It is listed on the National Register of Historic Landmarks for its contribution to land speed racing.