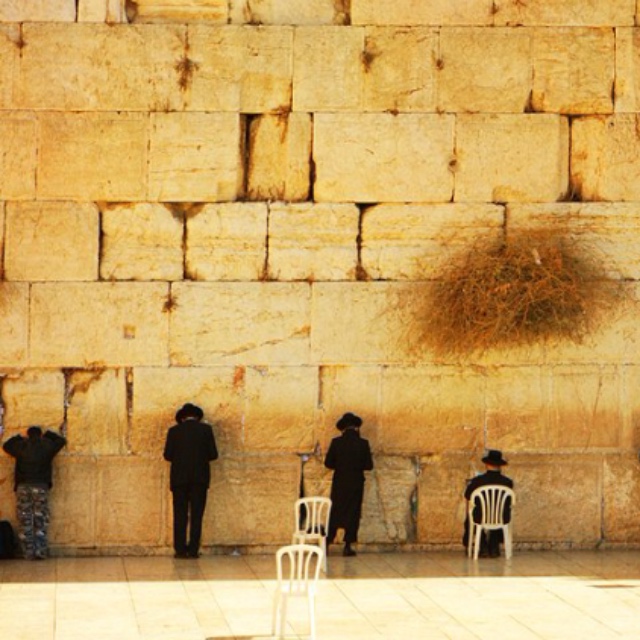 Place a Prayer on the Wailing Wall

Millions of pilgrims, Jewish and non-Jewish, make their way to the Western Wall to pray, every year. They write their wishes on small pieces of paper. Then, the papers are placed between the cracks in the stones for God to answer. It is believed that all the written petitions placed in the wall will come true.
In 70 A.D., Titus, a Roman general who later became the Roman Emperor, instructed his army to leave part of the outer, western wall of Jerusalem’s temple when they pillaged the city and burned the rest of the temple to the ground. This was supposed to be a reminder to the Jews and generations to follow, of the power and strength of the Roman rulers and their armies. The entire length of the remaining wall is more than the length of five football fields and its height is over 60 feet. An additional 40 feet of wall is below the ground and was part of the temple foundation. Some of the stones that are part of the underground wall weigh more than 100 tons and are over 40 feet wide.
Many people believe the Wailing Wall got its name from the millions of Jewish people who have cried at the wall because of the destruction of their temple.