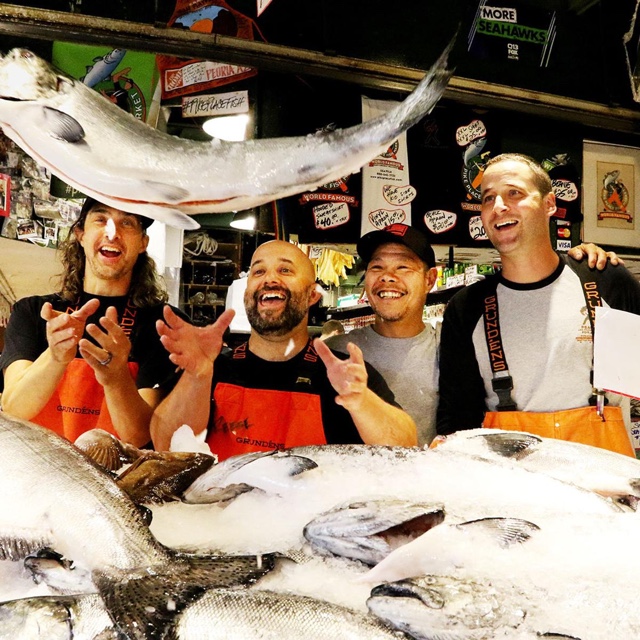 Watch the popular tradition of “flying fish” as fishmongers playfully throw your fish in the air before wrapping it up for you. This open air fish market started in 1930 but by 1986 it was nearing bankruptcy. The owner and employees decided to become “world famous” by changing their way of doing business. They introduced their flying fish, games, and customer performances. Four years later, they were featured repeatedly in the national media and television shows. Their market is now a popular tourist destination in Seattle and attracts nearly 10 million visitors a year, making it one of the most visited landmarks in the world.