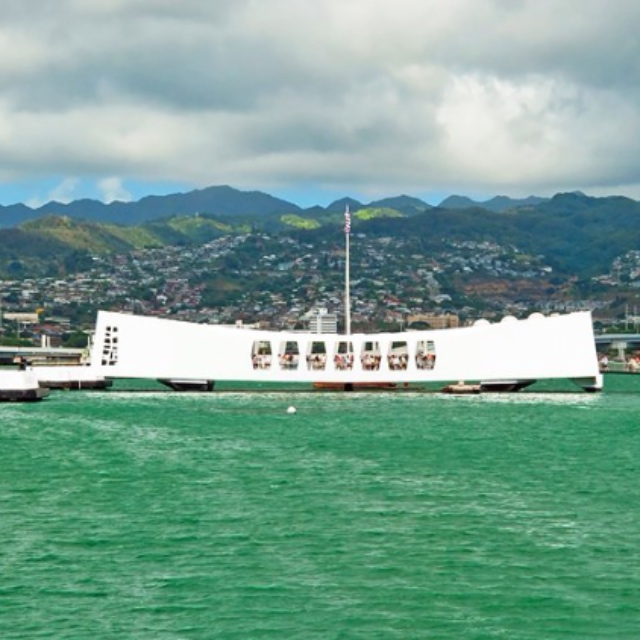 A trip to Honolulu would not be complete without a visit to Pearl Harbor, where the infamous Japanese attack in December 1941 killed 2,403 people and forced the United States to enter World War II. Pearl Harbor is a National Historic Landmark and also an active military base.
Organized tours will take you to important sites such as the battleship the USS Missouri, the site where the Japanese surrendered, the USS Arizona Memorial, the Pacific Aviation Museum Pearl Harbor, the USS Bowfin where you can get a glimpse of life on a World War II submarine, and the Pacific Submarine Museum with its indoor and outdoor exhibits.