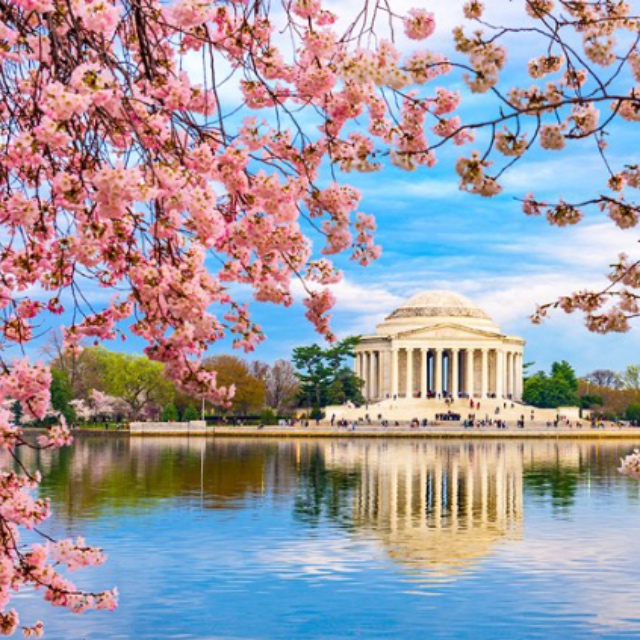 As a symbol of friendship between the United States and Japan, the Mayor of Japan sent 2,000 cherry trees to President Teddy Roosevelt in 1910. When the cherry trees arrived in the United States, they were weakened by over pruning and they were infested with insects. Efforts to save the trees failed, and the trees were put in piles and burned. Two years later, another shipment of 3,000 cherry trees were sent from the Mayor of Tokyo to the United States. Today, there are more than 3,700 cherry trees in Washington DC.
Cherry blossoms are Japan’s national flower and symbolize good fortune and future happiness. The Japanese love cherry blossoms so much they have a cherry blossom flavored ice cream.
Every year, millions of people celebrate the arrival of spring at the National Cherry Blossom Festival in the nation’s capital. The celebration includes opening ceremonies, parades, the Blossom Kite Festival, Petalpalooza and firework displays set to music.