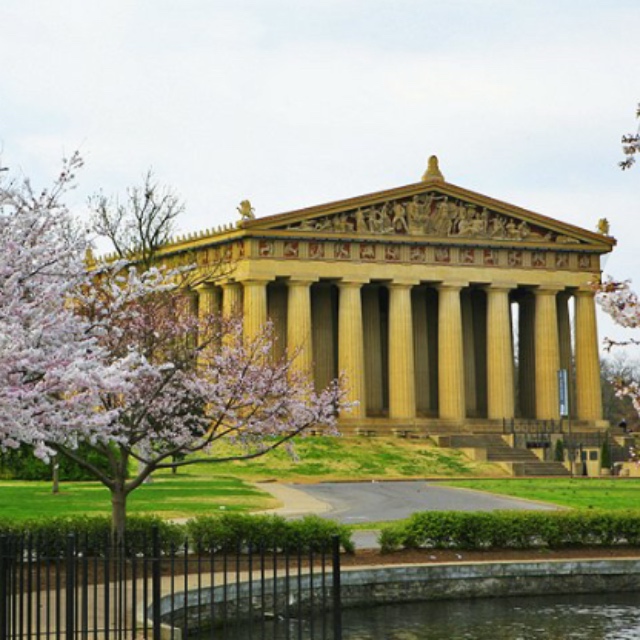 Along with the music scene, nightlife, shows and culinary adventures, you’ll also see unique attractions like one of Nashville’s most popular landmarks, a full-scale replica of Athen’s Parthenon built in Centennial Park.
Before it became Music City, Nashville was known as the Athens of the South. A full-size replica of the real Athens’ Parthenon was built for the Tennessee 1897 Centennial Exposition in Nashville. Originally made of plaster, wood and brick, Nashville’s Parthenon wasn’t meant to be permanent. But because it cost too much to demolish, they rebuilt it with real marble floors.
It is located in the heart of Centennial Park and is one of Nashville’s oldest attractions. The re-creation of the 42-foot statue, Athena, is the focus of the Nashville Parthenon, just as it was in ancient Greece. The building and the Athena statue are both full-scale replicas of the Athenian originals. This replica of the Parthenon serves as a monument to what is considered the pinnacle of classical architecture. It’s such a perfect clone that during recent renovations, the 2,500-year-old Greek Parthenon sent an architect to Nashville’s Centennial Park to take photos of the Nashville Parthenon.