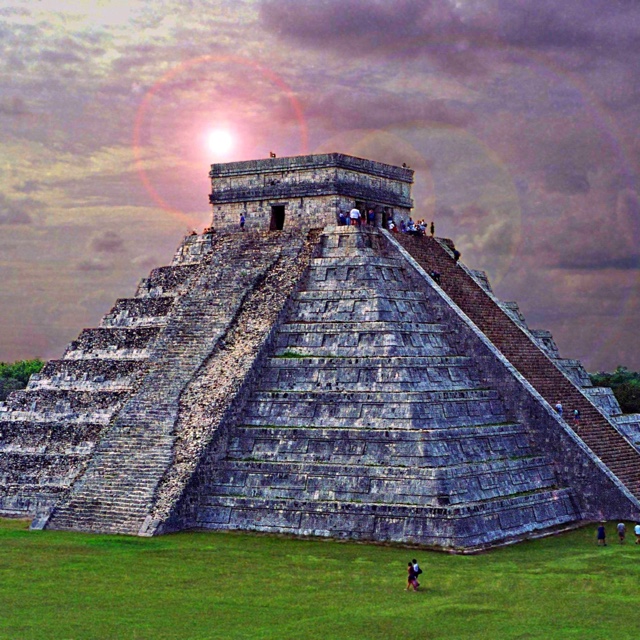 This site was originally a main hub of the Mayan civilization that spanned more than 3,000 years. Chichen Itza is a UNESCO World Heritage Site and one of the Seven Wonders of the World.
The Mayans lived mainly on the Yucatan Peninsula and had one of the most densely populated and culturally dynamic societies in the world. Mayan culture is known for its spectacular art, impressive architecture and sophisticated mathematical and astronomical systems. You will see towering pyramids, gigantic temples, intricately carved columns and “do or die” sports fields.
The Castillo Pyramid is a focal point of Chichen Itza. It consists of four sides containing 365 steps, 52 panels and 18 terraces. This pyramid built for cosmological symbolism is accessed by a narrow stairway.