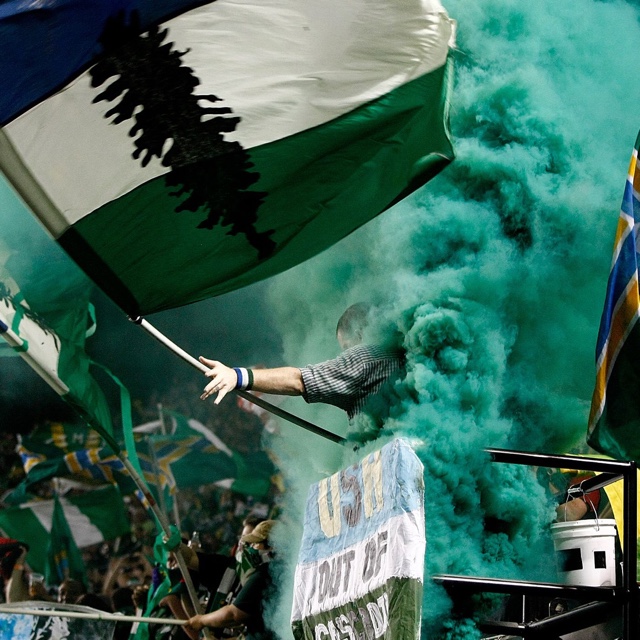 March to the Match

Participate in one of the best traditions in American sports, the March to the Match. This prematch march has become a hallmark of the Major League Soccer’s Seattle Sounders FC match day.
The March to the Match begins 90 minutes prior to kickoff at Occidental Park in Pioneer Square. The procession travels from Pioneer Square to the stadium site known as CenturyLink Field, singing and chanting and marching to Sounders FC fight songs. Marchers are encouraged to wear blue and green, the Sounders FC team colors. Blue signifies the waters of the Puget Sound and green represents the forests of the Pacific Northwest. And don’t forget to bring your Sounders FC scarf to wave as you march.