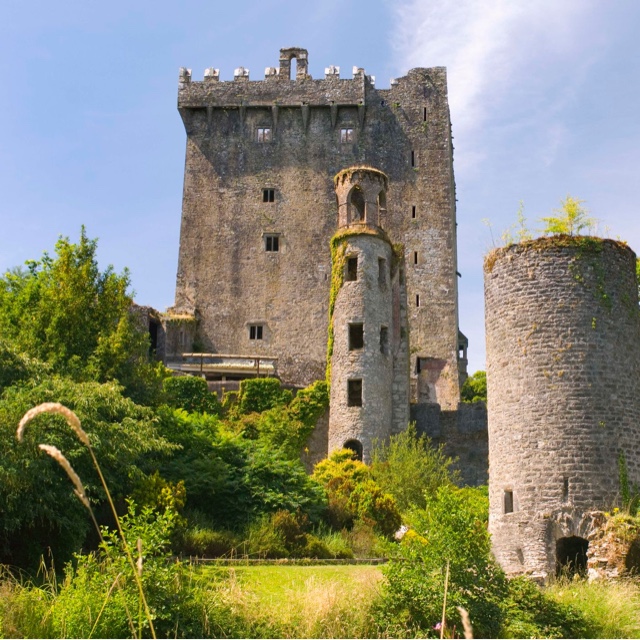 In a land of legend and folklore, kissing the Blarney Stone is a tradition that has been around for centuries. The tale is told that once upon a time, a king saved an old woman from drowning. The old woman was actually a witch and she was so grateful that she cast a spell on a stone and anyone who kissed the stone would have the gift of blarney which means eloquent, persuasive speech.
This stone was set in the wall of the Blarney Castle tower in 1446 A.D. In the early years, stone kissers were grabbed by the ankles and dangled over the edge so they could kiss the stone. Nowadays, people travel from around the globe to lean over backwards, while holding onto safety railings, to kiss the Blarney Stone.