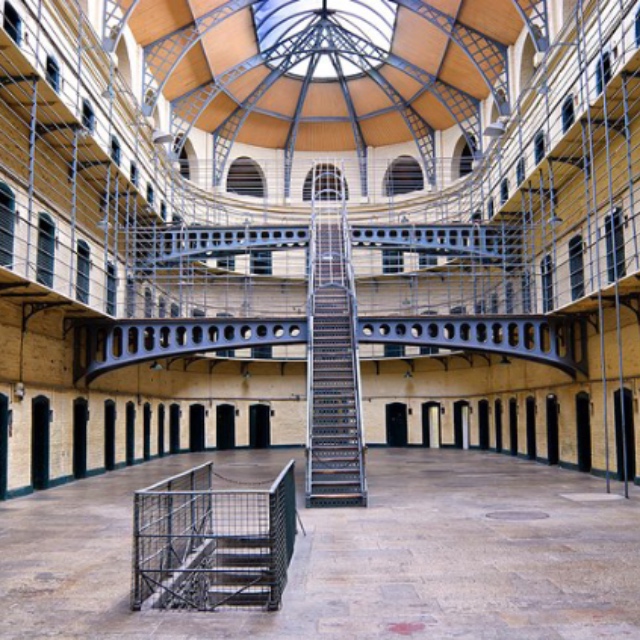 During the Irish Potato Famine that began in 1845, some desperate, hungry people committed crimes so they would be sent to prison where they would be guaranteed something to eat. At times, the prison became so crowded the prisoners had to sleep in the hallways. Today it is a museum run by the Office of Public Works.
From 1796 until 1924, Kilmainham was a prison for both high profile, political prisoners and ordinary men and women whose crimes ranged from stealing food to murder. Convicts from all over Ireland were held here for long periods of time while they waited to be transported to Australia. This prison even held a number of child prisoners, the youngest inmate was a seven year old child convicted of theft.