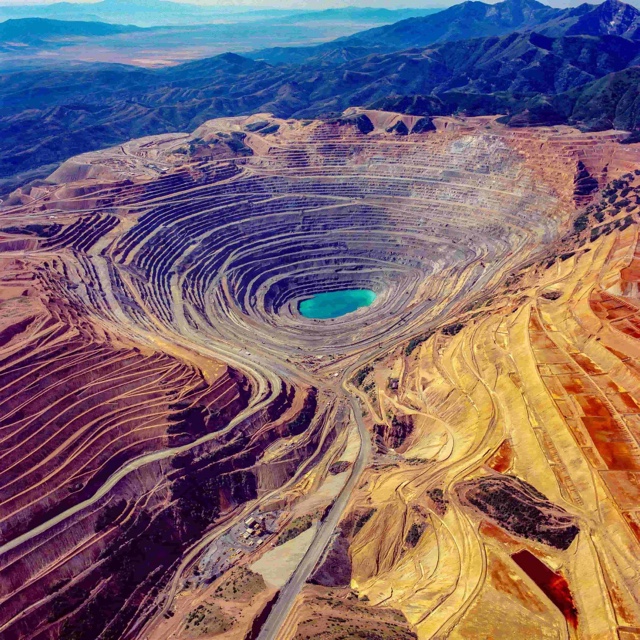 In 1887, Enos Andrew Wall purchased claims to the land southwest of Salt Lake City and began underground mining for copper deposits. Later, it was decided that open pit mining would be the best way to continue this project. The mine has produced 18.1 million tons of copper, more than any other mine in history. Now, it has become the largest man-made excavation in the world. It is over two and a half miles across and almost a mile deep. If you stretched out all of the roads in the open pit mine, you would have more than 500 miles of road. That would be enough road to reach from Salt Lake City, Utah to Denver, Colorado.