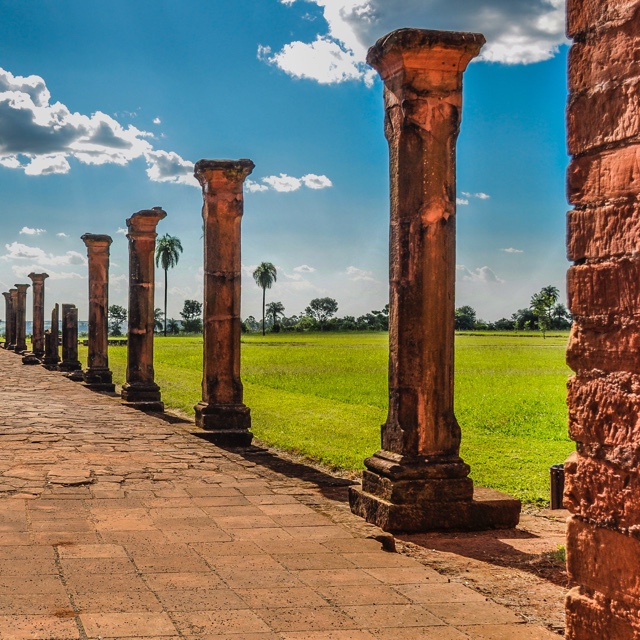 These archaeological ruins are all that remain of a Jesuit mission built by the Spanish in the 17th century to christianize the native populations. It was one of the last missions built in Paraguay. It resembled a small city with its church, schools, workshops and houses. The European Jesuits and the local people all lived together in the mission. In 1767, the Jesuits were expelled from Paraguay and the mission was deserted. Over the years, most of the buildings decayed and crumbled but there were some buildings with portions of their structure that stayed intact, especially the main chapel which has become a very popular tourist attraction.