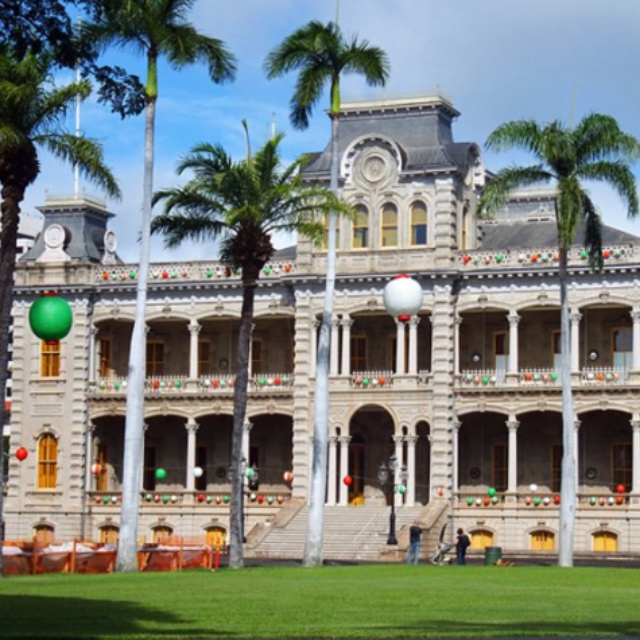 Located in downtown Honolulu is a magnificent 10 room, four story palace built in Italian Renaissance style. It is the only royal palace in North America. Iolani Palace was the official residence of Hawaii’s King Kalakaua and his sister and successor Queen Lili`uokalani, the last monarchs of Hawaii. The opulent palace was completed in 1882 and was wired for electricity even before the White House in Washington D.C.
Since being restored to its former glory, the palace has been open to visitors, who can immerse themselves in Hawaii’s history and royal heritage. The first two floors consist of the living areas, while the basement houses the Hawaiian crown jewels, photos, regalia, and decorations. The palace is registered as a National Historic Landmark.