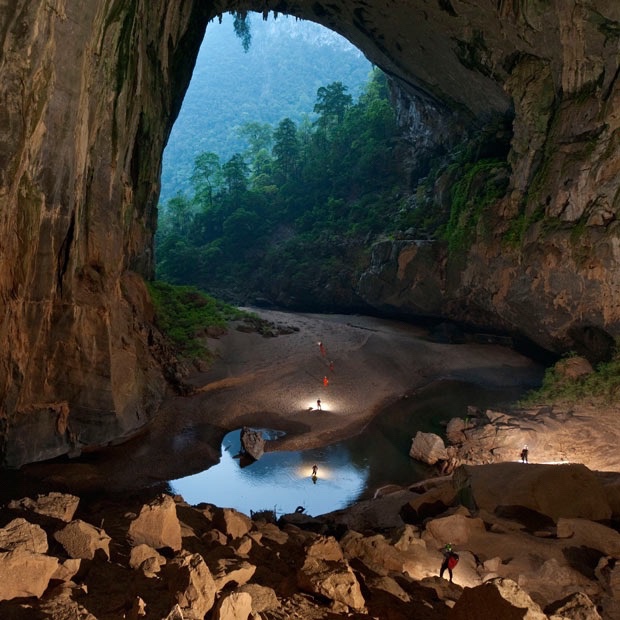 You are more likely to meet someone who has summited Everest, than to meet someone who has explored the Hang Son Doong Cave.
This incredible natural wonder was discovered in 1990 by a farmer who was sheltering from a storm. Twenty years later, he led a team of explorers back to the cave. When they arrived, clouds were flowing out from the limestone cliff and the roar of a river could be heard from inside the cave. When the team of explorers measured the cross-section of the cave, it was recorded as the widest cave in the world. In fact, at the tallest point of the cave, you could fit a 40 story New York City skyscraper in the cavern and it still wouldn’t touch the roof.