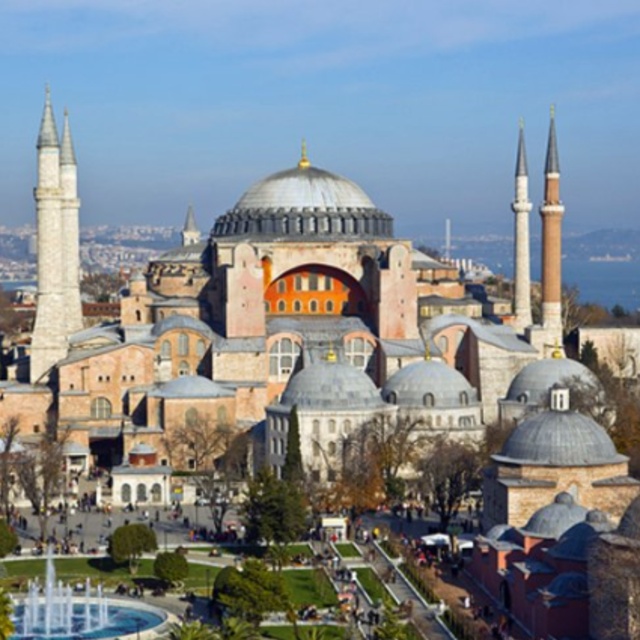 Known as one of the most beautiful buildings in the world, Hagia Sophia, also called Aya Sofya, is not only one of the top things to do in Istanbul, but also in Turkey.
Built in 537 A.D., this former Greek Orthodox church is now a museum known for being the world’s largest cathedral. Its massive dome is considered to be an extraordinary engineering accomplishment for its time. When you stand underneath it, you will experience what worshippers from the past referred to as the mystical light that occurs when the sunlight shines through the 40 windows and reflects off the ceiling and walls. The Byzantine style of the dome, the marble columns and mosaics make this a masterpiece of architectural history.