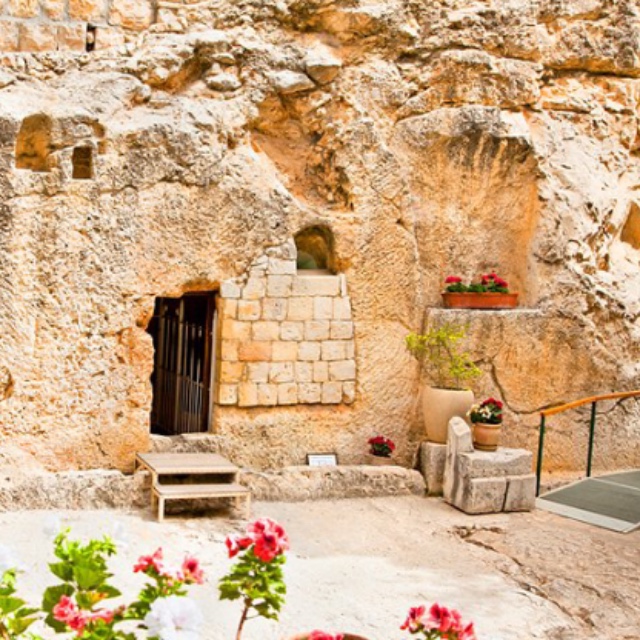 The Garden Tomb is an alternative site to the famous Holy Sepulchre. It is a beautiful place where you will discover many things that match accounts found in the four Gospels in the Bible.
Calvary, also known as Golgotha, was a site immediately outside Jerusalem’s walls where Jesus was crucified. It is the type of location where the Romans liked to crucify rebels so they could be seen by the passing masses and prevent future rebellions against Rome.
According to the Bible, after Jesus was crucified, his body was placed in a tomb. Three days later, angels rolled away the stone from the entrance of the tomb. Women found the tomb empty and an angel told them that Jesus was risen from the dead. These women told his disciples that Jesus was resurrected. Jesus appeared to Mary Magdalene outside of the Garden Tomb. Many others were witnesses of the resurrection of Jesus Christ. It is believed that the atonement and resurrection of Jesus Christ makes it possible for everyone to have their physical bodies and their spirits reunited in a perfected, immortal state after death.