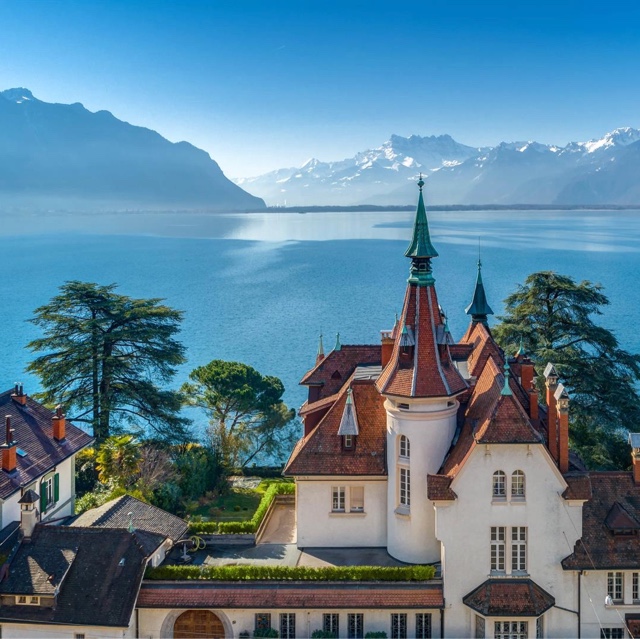 This resort town is known as the Swiss Riviera. Located between snow-capped Alps and the sparkling blue waters of Lake Geneva, it is famous for its mild climate, vineyards, flower-lined paved walkways along the waterfront, exotic plants and palm trees. It is also home to a medieval island fortress known as the Chillon Castle, one of the most visited castles in Europe. The castle complex consists of 25 buildings and 3 courtyards and is protected by two circular walls.

In 1971, the lyrics for “Smoke on the Water” a legendary song by Deep Purple were inspired by a fire that burned down the Montreux Casino where the band was going to record an album, the next day.

And, if you are visiting in July, plan on listening to jazz music when you attend the world’s second largest jazz festival held on the banks of Lake Geneva in Montreux. More than 250,000 people attend the festival and it lasts for two weeks.

When Freddie Mercury and his band, Queen, visited the Jazz festival, they fell in love with Montreux. The band bought a recording studio just outside of Montreux and recorded seven of their albums in this studio. Freddie loved this area so much, he eventually decided to move from London to Montreux and Switzerland became his home. A statue of Freddie was built on the lake shore as a monument to this famous musician.