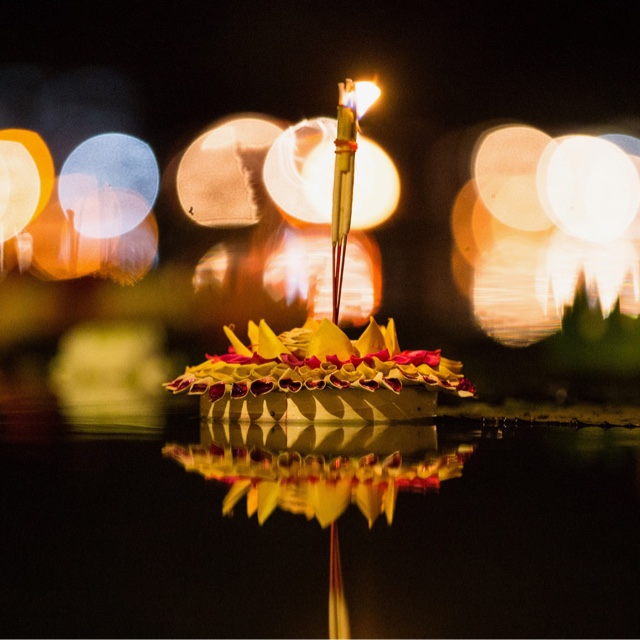 In the Thai language, Loi Krathong means the floating banana trunk festival. This Buddhist celebration has been celebrated in Thailand for more than 6,000 years. It is usually held a few days before the full moon in November and the celebration activities last for an entire week.
Pay your respects to the Goddess of Water by releasing a lotus-shaped basket made from pieces of banana trunks onto the water. Most krathongs are shaped like a lotus but some are more elaborately shaped like animals or mythical creatures. These basket-style rafts are decorated with candles, flowers and incense sticks. Make a wish and then release your krathong. As it floats away, it symbolizes bad energy being carried away and a fresh start to a new year filled with happiness and success.
This is also one of the most romantic festivals in Thailand. Some people believe they will meet their future soulmate at this festival. Some couples buy a krathong or build one together, then they release it at the festival. As they watch it float away, if the candle stays lit until it is out of sight, their love will last forever.