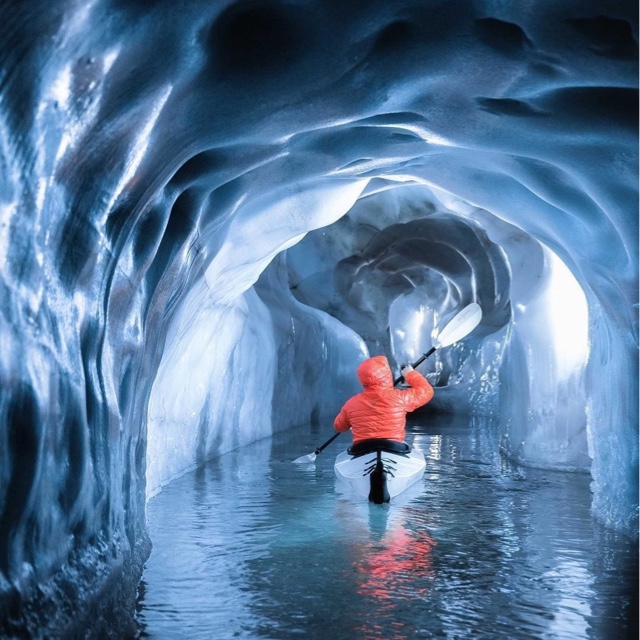 Eisriesenwelt the World of the Ice Giants

Explore the world’s largest ice cave that locals once believed was the gateway to Hell and so they refused to explore it. In 1879, a fearless scientist from Salzburg explored the cave and published a report about his discovery and how this ice cave system is over 27 miles. It was formed by an underground river and water seeping through cracks and crevices and freezing inside the limestone cavern. It takes about two hours to complete a tour of the massive ice formations created by Mother Nature millions of years ago.