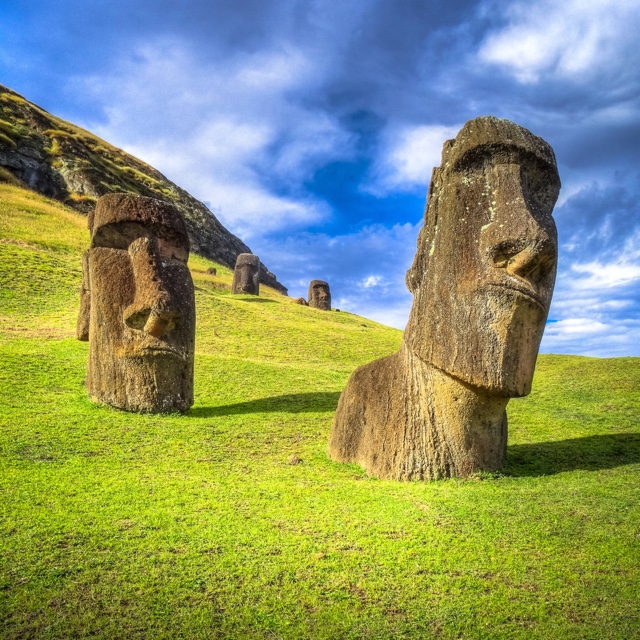 Explore the mysteries surrounding the massive, stone monuments that were built on the most isolated, inhabited island in the world. Why were the statues created? How were they moved from the rock quarries all the way across the island to where they stand, today? How did the inhabitants place the 12 ton hats carved from volcanic stone on some of the statue’s heads? What caused a thriving civilization to mysteriously disappear, leaving behind so many unanswered questions?

There are almost 1,000 statues called moai and they were created by the Rapa Nui in the 13th century. You will discover that the enormous, stone heads actually have bodies that are hidden underneath the ground. Archeologists have been excavating some of the heads and finding out answers to some of the questions that have puzzled scientists for hundreds of years. The giant heads are the most recognized attractions on this Pacific island that is over 2,000 miles west of mainland Chile. The first European explorer saw it on Easter Sunday in 1722, so he named it Easter Island.