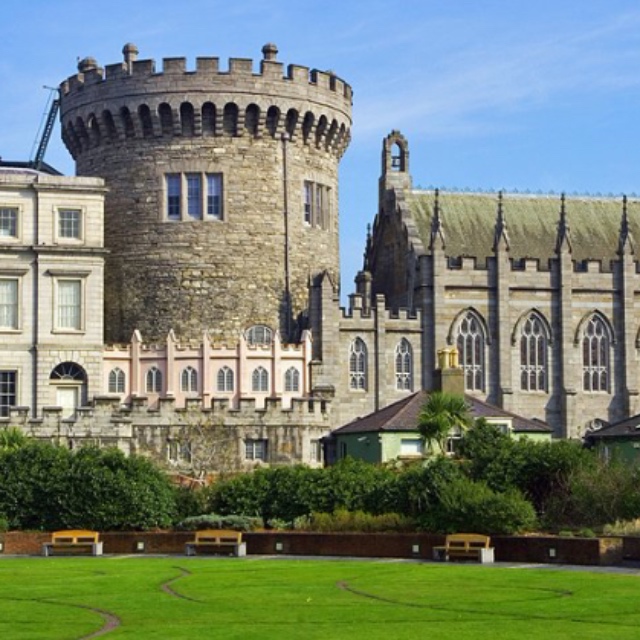 This castle is one of the most important buildings in Irish history. From 1204 until 1922, it was the seat of English, and later British rule in Ireland. During that time, it served principally as a residence for the British monarch’s Irish representative, the Viceroy of Ireland, and as a ceremonial and administrative center.
The Castle was originally developed as a medieval fortress under the orders of King John of England. It had four corner towers linked by high curtain walls and was built around a large central enclosure. Constructed on elevated ground once occupied by an earlier Viking settlement, the old Castle stood approximately on the site of the present Upper Castle Yard.