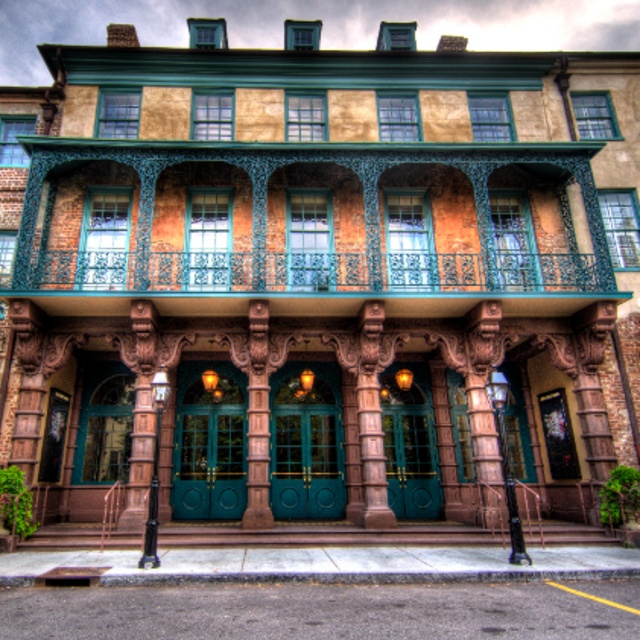 Charleston was the first city in America to have a building built to be used exclusively for theatrical performances. On February 12, 1736, The Recruiting Officer was the first performance and Flora was the first opera performed at the historic Dock Street Theatre. The original building was destroyed by fire in 1740 and was replaced by the Planter’s Hotel.

In 1935, the building was so run-down that it was scheduled for demolition but the mayor of Charleston and several prominent citizens convinced the federal government to fund a restoration project for the building. The outside was preserved and the current theatre was constructed inside the building.

In 2007, a $19 million dollar extensive renovation began on the theatre. It reopened in 2010. There are more than 100 performances each season at this historic theatre.